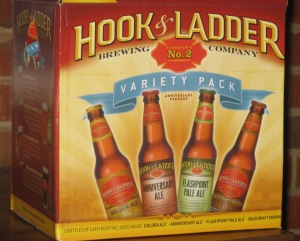 Even though the beer is contract brewed in New York, I consider Hook & Ladder my local brewery because they are based out of Silver Spring, Maryland and one of the founders lives in my home town of Kensington.  Not only do they brew great beer, but they also donate proceeds to support burned firefighters and burn survivors on a local level in communities around the country.

All of the Hook & Ladder beers are well-built drinkable brews.  I can’t wait for their brewery restaurant to open in Silver Spring in 2010!