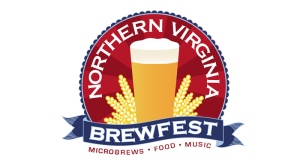 I spent Saturday, June 26 volunteering at the Northern Virginia Summer Brewfest in Leesburg, Virginia.  Here’s a quick recap of the fest and my beer sampling list.

The brewfest was open from 11:00 a.m. to 9:00 p.m., and I was assigned to pour beer on the second shift from 3:00 p.m. to 8:00 p.m.  More than 50 breweries sent beer for the festival, but they can’t all send reps to serve their beer to the masses that attend. That’s where the volunteers come in – we serve the beers on behalf of the breweries and the distributors. For a craft beer enthusiast, the brewfest volunteer experience is unrivaled; it’s an entire day of talking about and sampling great beer!  I’ve worked about a dozen brewfests and each one has been an awesome experience.

After checking in my hotel and taking a cab to the fest, I had time to sample a few beers before my shift began.  A little before 3:00, I checked in at the volunteer tent, where our beer captain told us to select the tent we wanted to man.  I picked Allagash, which was offering their White and Black.  Like a good beer pourer, I took some time to get to know the beers I was serving before I started working. Of course I already knew about the White, the best-brewed Belgian Wit in the U.S. But I wasn’t too familiar with the Black, a Belgian-style Stout. I’m familiar with it now, and it is highly recommended, just like all of the Allagash beers!

At the request of one of the fest patrons, I also served a Black and White – a Belgian version of the Black and Tan. The Black layered nicely atop the White for a beautiful presentation and interesting flavor. Word got around, and I served several more Black and White blends for people who requested it. I’m not sure if Allagash founder and head brewer Rob Tod would appreciate me blending and serving his beers this way, but I certainly didn’t force it on anyone.

Allagash was a popular spot and we were pouring non-stop, but I also found time to sample many beers.  My fellow volunteers and I took turns pouring beer while the others meandered and sampled.

The day’s end came too quickly – it always does at a brewfest.  All told, I sampled 25 beers from 19 breweries. Below I’ve noted my favorites followed by the complete list of beers sampled. 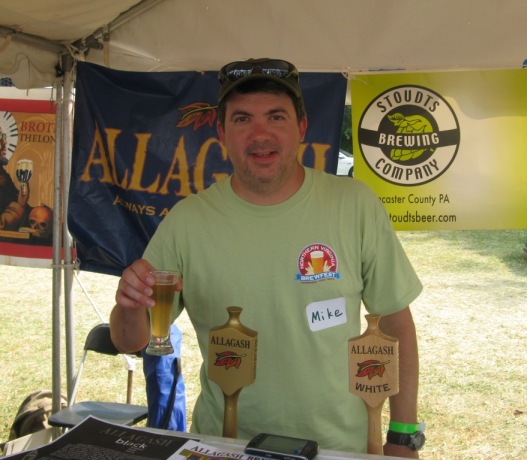 In addition to the awesome Allagash beers, a few beers stood out:

I’d also give a nod to the beers from Stoudts, 21st Amendment Brewery, and Founders Brewing Company.