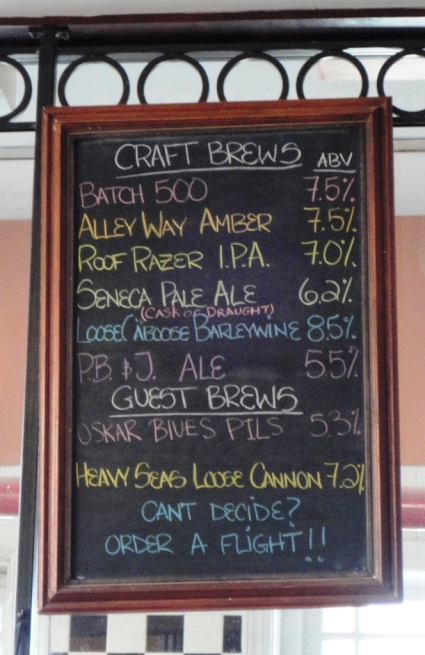 Over the summer, I wrote a 7-part series about my summer 2011 tour of Maryland brewpubs. In that same spirit, I offer my Winter 2011-12 DC Brewpub Tour, another multi-part series featuring even more local places to get great beer. I hope these posts encourage you to support the awesome DC-area brewing community and visit more of our local breweries and brewpubs.

Occasion: Ben’s birthday party. My son celebrated his 10th birthday with friends at Shadowland, an indoor laser tag arena in Gaithersburg. After the party, we drove across town to Growlers for a late lunch and growler fill.

Growlers has always been one of our favorite stops in the local beer scene, dating back to the days when it was Old Town Tavern and Summit Station. We’ve been coming to the old brick building beside the train tracks in Old Town Gaithersburg for many years. But on our last visit, we were a bit underwhelmed by the beers being poured. I heard that there were new brewers on the job and was encouraged to return to see what was on the beer menu.

I’m so glad I did! The beer menu was all new since my last visit during my summer 2011 tour of Maryland brewpubs. There were 6 house beers on tap along with 2 guest taps. I ordered a sampler rack so I could decide which brew was worthy of a growler fill.

Best Beer: PB & J Ale. This brew had complex flavors, but was an easy drinker. The flavors worked really well together, just like a peanut butter and jelly sandwich.  The brew started with a bready, nutty flavor and then finished with sweet blackberries. We brought home a growler of this unique beer.

I was most impressed with: The creative big beer menu. Four of the six house brews were stronger than 7.0%, including the Tripel, Strong Ale, IPA, and Barleywine. And I loved the creativity of the PB & J Ale. 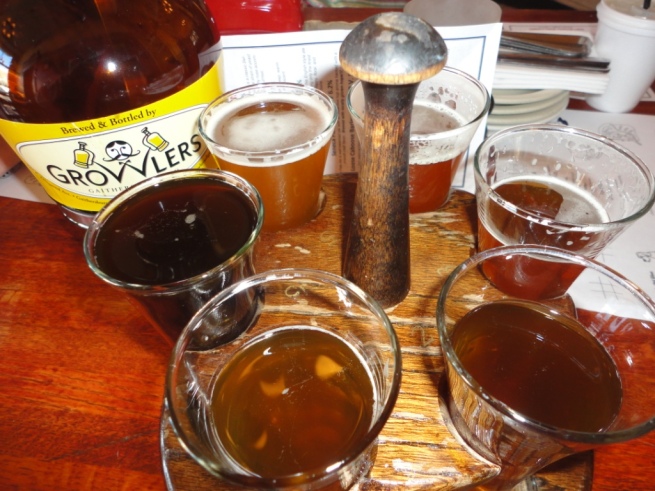