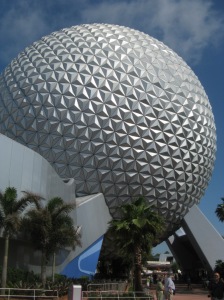 For our summer vacation, we drove to Disney World and camped for six nights at Disney’s Fort Wilderness Campground. Part 1 of my trip report:

After driving 900 miles from Maryland to Disney World, followed by two long days in Disney theme parks, we were due for a leisurely day. So we slept in and had a big hot-cooked breakfast at our Fort Wilderness campsite. We always get to the parks early before they open because we love to beat the crowds. But we were planning to spend this day touring Epcot’s World Showcase, which doesn’t open until 11:00 a.m.

With the Epcot crowd still standing in line for rides in Future World, we were among the first into the World Showcase – the eleven international pavilions around the Lagoon. There aren’t many rides here, but we love meandering from country to country, exploring the shops, attractions, and restaurants that embody the culture and cuisine of countries around the world. And each country has its own beer!

Here are the brews and other highlights from our day in Epcot:

I’ll be the first to admit that the list of beers I drank around the world at Epcot is not an impressive list of beers. Unibroue was easily the best but most were light lagers brewed for the masses. For example, Kronenbourg 1664 and Casa beer are both rated 10 out of 100 on RateBeer.com. But the quest for a different beer from each country made for a fun day, which was capped by watching IllumiNations, a lights and fireworks show on the Lagoon.