That would be one way to describe the beer scene in Dallas — on my recent trip to the Big D for the 2012 ASAE Annual Meeting, I found Shiner Bock everywhere.

But that would only be scratching the surface.

Since I was in town for four nights, I did some pre-trip research so that I could get off the beaten path and find some good Texas craft beer (see my Guide to Finding Good Beer at the 2012 ASAE Annual Meeting in Dallas). Although Dallas lacks brewpubs, I found two solid beer bars that served a variety of Texas craft brew.

I had dinner with colleagues at Meddlesome Moth, located in Dallas’ Trinity Design District about 3 miles from my downtown hotel. This was a great find, for both the food and beer menus. The beer menu featured “Flights of the Moth” – pre-set menus of five 5 oz. glasses of draft beer. I ordered the Texas flight, which came with:

The dinner menu at Meddlesome Moth was not your typical pub fare. We started our meal with a “Share Plate” of spicy homemade hummus. We weren’t feeling adventurous enough to try some of the other share plates like Chicken Skin Chips, Veal Sweetbreads, Roasted Quail, or Beef Bone Marrow. For entrées, I was tempted by the “Stick Meats” but I ordered the delectable Baby Back Ribs.

The food, beer, and vibe made this a unique venue, and one I would return to if I ever get back to Dallas. 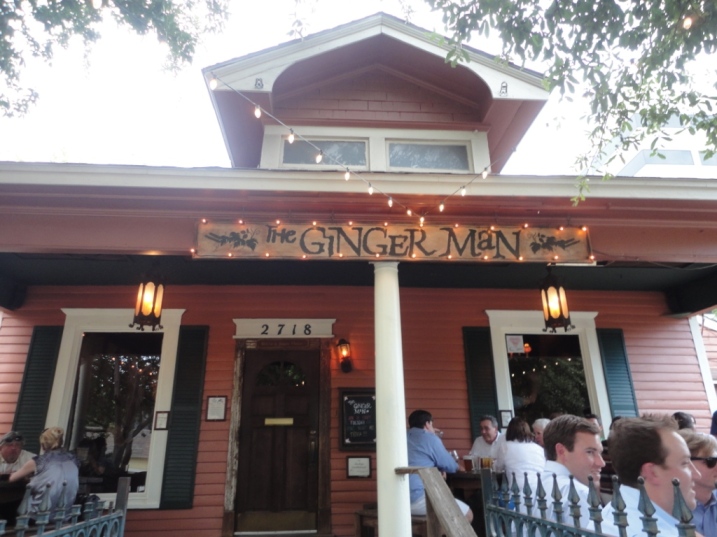 During an open afternoon, Todd and I had our hotel shuttle service drive us over to The Ginger Man, which was just 2 miles from our downtown hotel. This large, sprawling beer bar was in a converted house and had seating on two levels both inside and out, including an open biergarten in the back. We started with a pint on the second-level back deck before the heat chased us inside to the main bar on the first level. We finished our last brew outside in the biergarten.  Drafts are served in 9 oz, 16 oz, and 23 oz pours, and the half-pints allowed me to sample the 80-draft beer menu.

The Ginger Man offered friendly service and a laid-back vibe that would have kept us longer if we didn’t have an evening commitment. 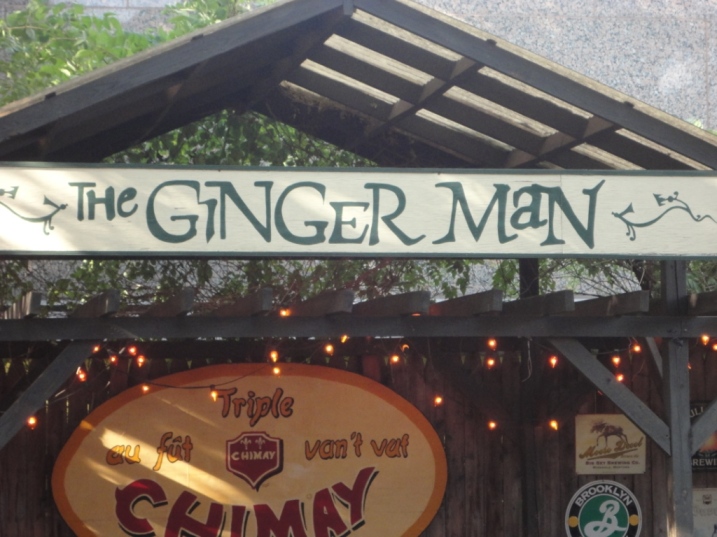 I wish I had more to report from Dallas, but I think I’ll go plan a beer trip to Austin. Aside from the beer, I had some memorable moments in Dallas: the opening night reception at Cowboys Stadium with a concert on the field, the opening general session debate between Karl Rove and James Carville, House of Blues and Hard Rock, and the closing night concert with live performances by Vanilla Ice and KC and the Sunshine Band.