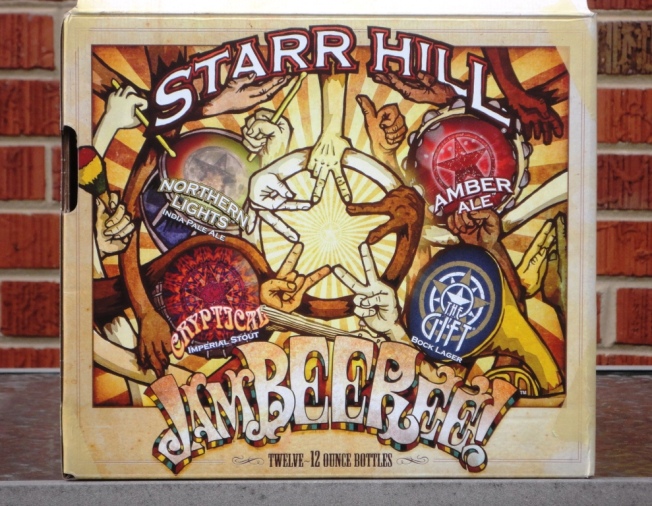 Where I found it: Harris Teeter in Arlington, VA. I go on regular beer runs to HT because it’s super-convenient — I zip over from my office during my lunch break to pick up weekend staples like Sam Adams and Fat Tire. And every now and then I’ll find something interesting, like the JamBEERee from Starr Hill.

Best Beer: Cryptical Imperial Stout. Northern Lights IPA is one of my favorite everyday IPAs because you can find it on tap at regional sports bars like The Green Turtle. But Cryptical steals the show in this 12-pack. It’s not as strong as your typical Imperial Stout, which often fall in the 9-10% ABV range. Starr Hill’s version is more approachable at 7%, without sacrificing rich flavors. According to Starr Hill, Cryptical “packs a wallop of dark malt flavor…and is dry-hopped with American Hops to balance out its full body with a floral aroma.” The flavor profile is highlighted by “notes of raspberry and plum.”

As the seasons change, I always look forward to the next Starr Hill variety 12-pack. From the Road Show to the Summer Tour to the Headliners to the Box Set, Starr Hill’s 12-packs serve up a nice variety of session beers and specialty brew.