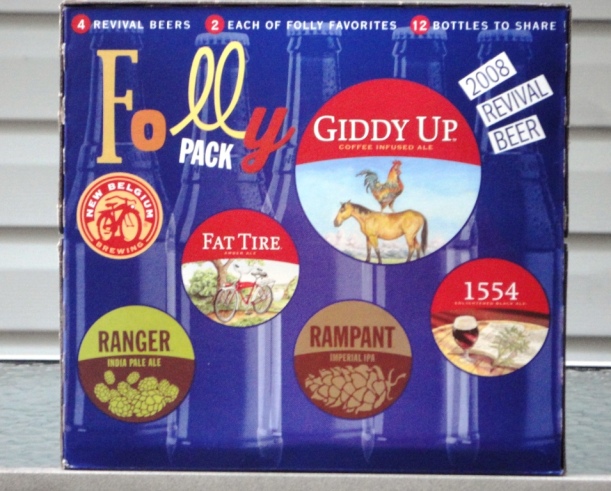 Where I found it: On the beer shelves at the Harris Teeter in Arlington, Virginia.

And four bottles of a “Revival Beer”:

Best Beer: Tough choice for best beer in this mixed 12-pack. I’ve never had a beer like the amazing Giddy Up. But but I love IPAs, especially Imperial IPAs. Ranger is one of my favorite IPAs and Rampant ramps it up even more.

This is a outstanding 12-pack. It would be better if New Belgium replaced two Giddy Ups, with their Tripel.