My last few blog posts have focused on the winter mix-packs that I’ve been sampling, but my winter beer-drinking has not been confined to bottles. I’ve also enjoyed a lot of great draft beer at my local brewpubs and beer bars. Here’s part 2 of my Winter 2013-14 DC Brew Tour:

Occasion: My birthday! I’ve been anticipating a visit to Bluejacket for a looong time. But the trek from Kensington required a special occasion, and I could think of none better than celebrating my birthday. Happy Birthday to me!

Beers Sampled: As we sat down for dinner at the Arsenal, Bluejacket’s restaurant, I was overwhelmed by the beer menu. There were 25 house beers to choose from  –- 20 on tap and 5 on cask. The illuminated beer menu: 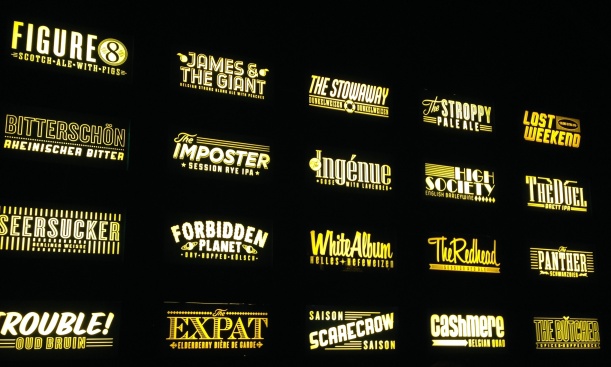 I was glad to see that they offered four-ounce pours so that I could sample a wide range of brews on the menu. Over a leisurely and delicious dinner, I made my way through 5 rounds of 3-beer tastings. I sampled:

I loved the beer menu at Bluejacket! Though overwhelmed at first, I quickly settled in with round after round of tasters. The three IPAs I tasted were superb, and I regret not trying the fourth IPA on the menu. Bluejacket brews some of my favorite styles —  flavorful but hard to find styles such as Bière De Garde, Saison, Berliner Weiss, and Gose. And the strong beers were well-built and well-disguised.

So while I tasted 15 of the house brews, there were still 8 that I didn’t get the chance to try! A reason — make that 8 reasons — for a return visit. 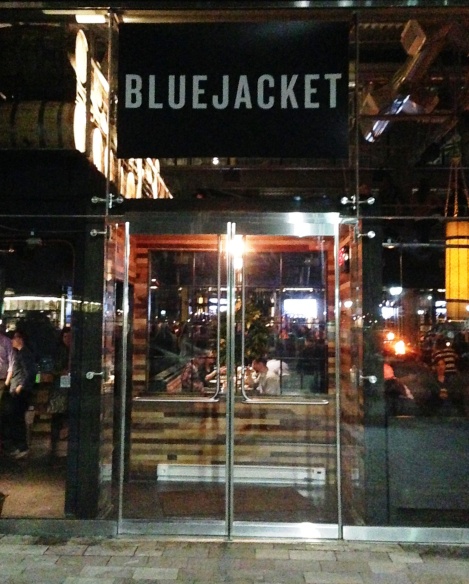