Continuing the beer travelogue of my 2014 Spring Break road trip through the heart of Appalachia — eastern Tennessee and western North Carolina. 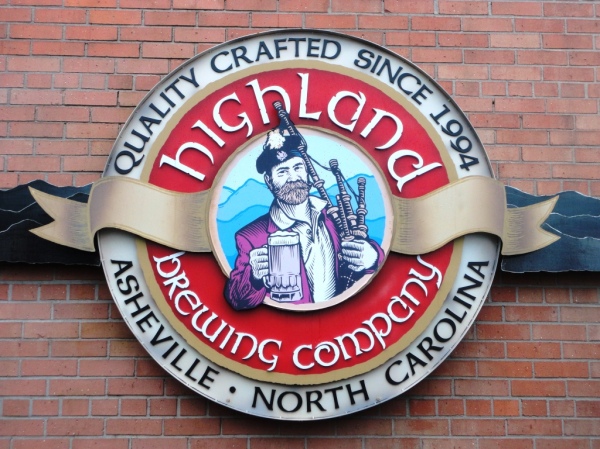 One of the highlights of my beer tour of Asheville was my visit to Highland Brewing Company. I’ve enjoyed many bottles and drafts of Highland brew over the years but this was my first visit to the brewery.

The place was packed! But the huge tasting room provided ample space for Highland fans as we waited for Bluegrass-style 80’s music while sipping on Highland brew. Despite the crowds, there was no wait at the long bar for the beer, and I sampled all of the seasonal and one-off beers on the menu:

Since I couldn’t stay at the brewery all afternoon, I decided to get some Highland brew to-go for the campsite. I bought a bomber of the 20th Anniversary Scotch Ale and a Mountain Medley mixed 12-pack, which included the standard Highland line-up:

Congratulations to Highland Brewing Company on 20 years of brewing!