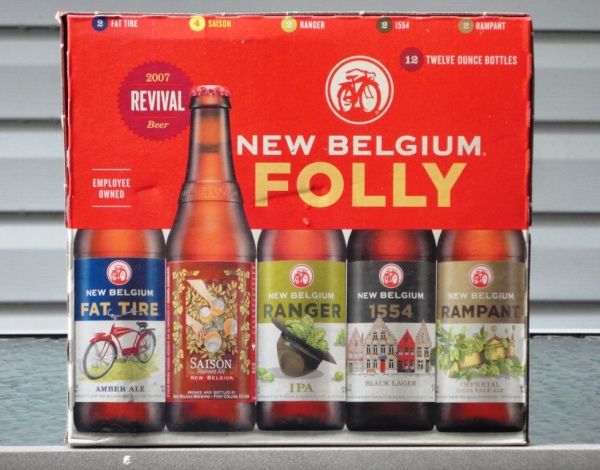 Beers: The New Belgium Brewing Folly Pack is a mix of classic New Belgium brews along with a “blast from the past Revival beer.” The Fall 2014 version features:

Best Beer: I love this 12-pack and have enjoyed a couple of cases of it this fall. I like the fall revival beer, but what makes this 12-pack worth buying are the IPAs. Ranger is one of my favorite IPAs and Rampant takes it to another level.

Where I found it: On the beer shelves at the Harris Teeter in Arlington, Virginia.

And while I’m writing about the Folly pack…earlier this year I bought two New Belgium Summer Folly packs, just never got a chance to mention them here.

The Summer Folly Pack offered a lighter, refreshing line-up. In addition to Fat Tire and Ranger, the Summer 2014 version included:

I also found the can folly pack over the summer. This mixed 12-pack included 4 cans each of Fat Tire, Ranger, Snap Shot and Blue Paddle — a perfect summer line-up for the pool.