Occasion: As a hockey dad, I spend a lot of time at the Rockville Ice Arena taking my son to hockey practice. Lucky for me there’s a local brewery nearby! As soon as my son was on the ice for practice, I made a quick trip to Baying Hound.

Beers Sampled: I sampled all four house brews on tap, with pints of two and tasters of the other two. 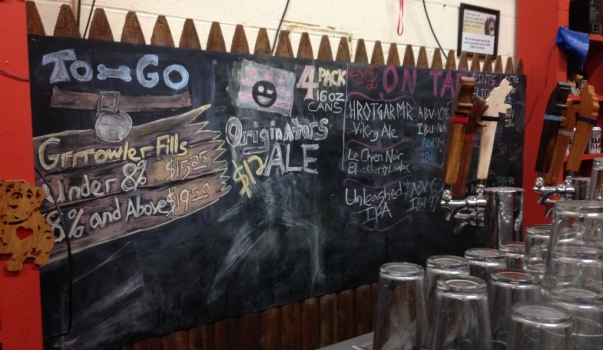 Baying Hound recently started canning their brew, and I also had a taster of the Originators Belgian Wheat Ale, which is sold in 4-packs (6.5%)

This brewery is always featuring some interesting brews — just take a look at the archived list of pilot brews on their website, which goes on for 11 webpages!

I can’t wait to go back to see what’s brewing at Baying Hound!