Concluding the beer travelogue of my Spring Break trip to Florida…

I continued my one-new-brewery-visit-per-day pace during Spring Break week with a visit to the R Bar on Thursday. 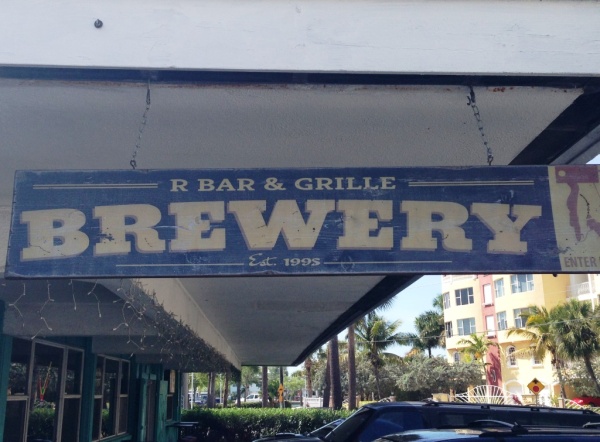 After spending the morning on the gorgeous beach at Fort De Soto Park, we headed to the R Bar on Treasure Island for local seafood and house-brewed beer. There were no flights offered here, and I’ve lost track of exactly what I sampled, but I recall a tasty Double IPA. If the house beers were a bit forgettable, the casual vibe and excellent pub grub, especially the wings and huge Gulf shrimp, made the R Bar worthy of a post-beach stop. 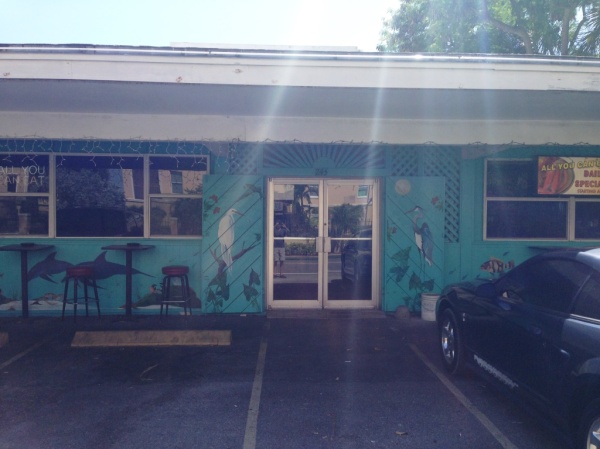 In contrast to the well-worn R Bar, Angry Chair Brewing was so shiny and new. 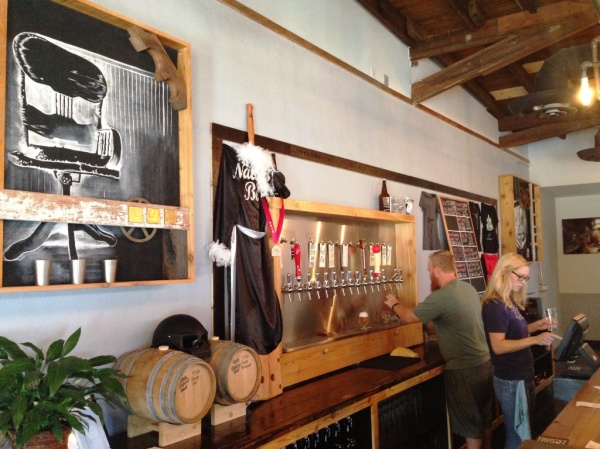 On Friday of Spring Break week, I worked up a thirst keeping up with the kids at Adventure Island water park in Tampa (where they had a few decent beers on tap by the way). Angry Chair was just 15 minutes away from the water park, and a convenient stop on the drive back to our Spring Break home base. A no-brainer in other words, as I was helped along by my trusty Brewery Map iPhone app. 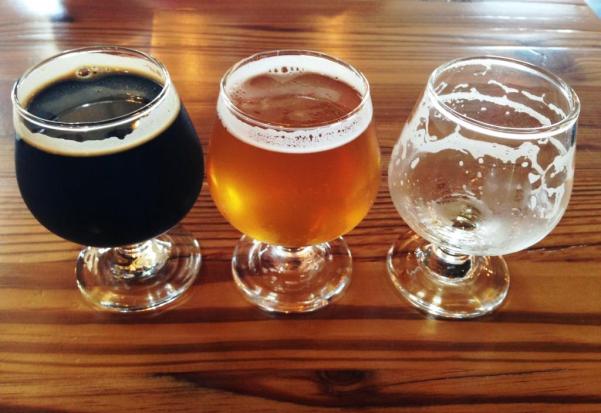 I also sampled The Flyin’ Hawaiian Kölsch, brewed with pineapples and mangoes (5.5%). I would have loved to stay longer to try more beers on the long menu, but we were worn out from the water park. 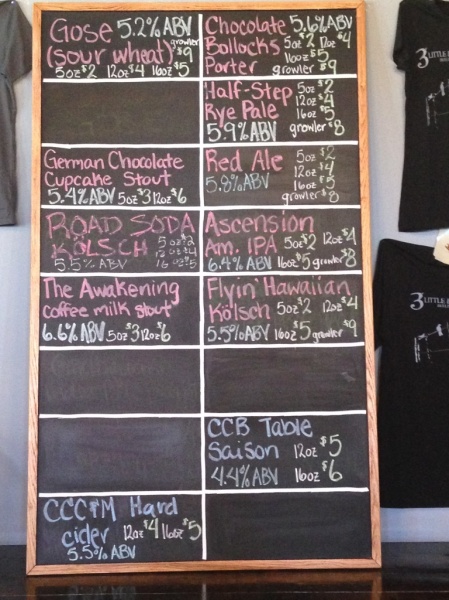 The last brewery visit of my 2015 Spring Break was on my journey home from Florida to Maryland on Saturday. We stopped overnight in Florence, South Carolina and had dinner at Southern Hops Brewing Company. The five-beer paddle of house beers went perfectly with my Carolina BBQ Pizza, made with Carolina pulled pork, caramelized red onion, and blend of mozzarella & smoked Gouda cheeses. 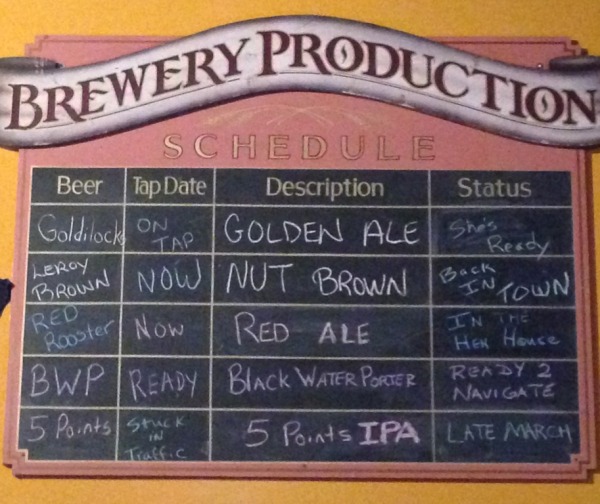 Southern Hops was just as good as I remembered from my last visit there in 2012.

So that concludes my trip report from Spring Break 2015. Phew! As I wrap up, I have to mention the cans from Cigar City Brewing in Tampa (Jai Alai IPA, Maduro Brown Ale, and Invasion Pale Ale),  JDubs’s Brewing Company in Sarasota (Up Top IPA), and 3 Daughters Brewing in St. Pete (Beach Blonde Ale). 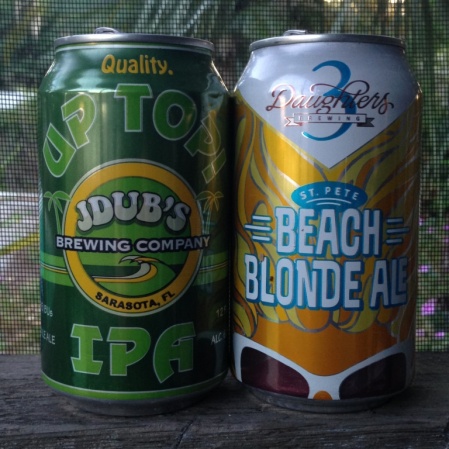