I started this blog over eight  years go — in June 2009 — and have been blogging several times a month ever since. So I guess I was due for a break! But after a 3-month hiatus, the Boa Beer Blog is back!

With July coming to an end, Oktoberfest brews will soon be on the beer shelves. Last year I spotted my first fest bier on July 31! Crazy but true!

So I better catch up on all the summer brew I’ve been sampling, beginning with the Samuel Adams American Summer 12-pack – a variety of summer beers from the Boston Beer Company. 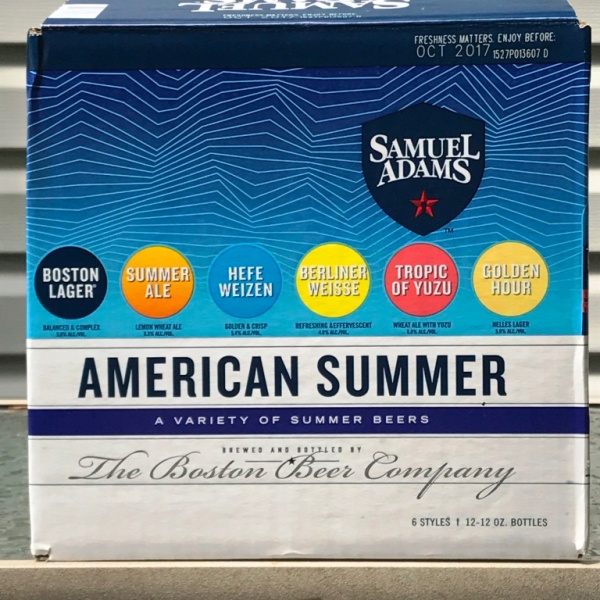 The 2017 version of this rite of summer includes:

My summer days off are filled with weekend camping trips and afternoons at the pool, which means beer in cans. And I have been drinking a lot of beer in cans this summer! (More on that in my next blog post.) Sam Adams has a nice variety 12-pack of summer cans too – the Beers of Summer Variety pack, featuring: 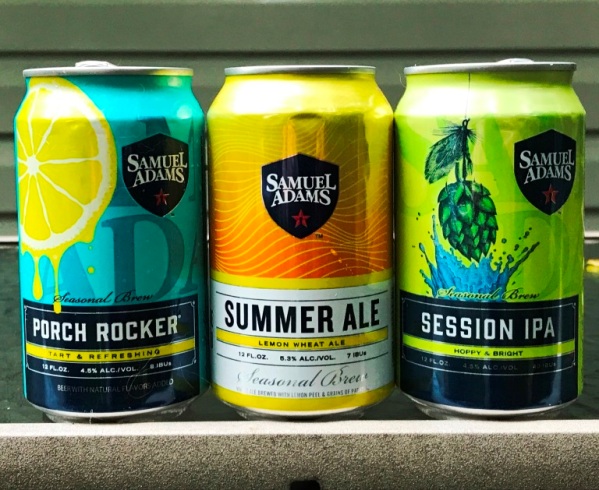 Summer calls for cold brew, and Sam Adams has a lot of good options for quenching the summer thirst. I don’t think you can go wrong with Sam Adams brew anytime, but especially not in the summer.