Part 6 of my beer travelogue of our trip to Ireland…

WEDNESDAY, APRIL 24 — After happy hour at The Brew Dock, we walked back towards our hotel. As we crossed the River Liffey, I saw it in big black letters on the front of the building: J.W. Sweetman Craft Brewery. We decided to check it out.

Beer Sampled: J.W. Sweetman claims to be the only pub in Dublin with it’s own microbrewery. I ordered a sampler tray of the four house beers on tap. 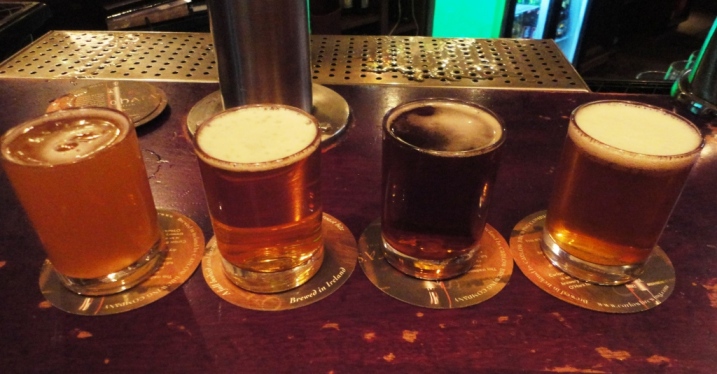 The beers at J.W. Sweetman were easy-drinking session brews, and we thought about staying for dinner. But the service was lacking as the barman randomly disappeared on us a few times. So we decided to head back to Farrington’s instead.

One response to “J.W. Sweetman Craft Brewery (The Pubs of Ireland)”